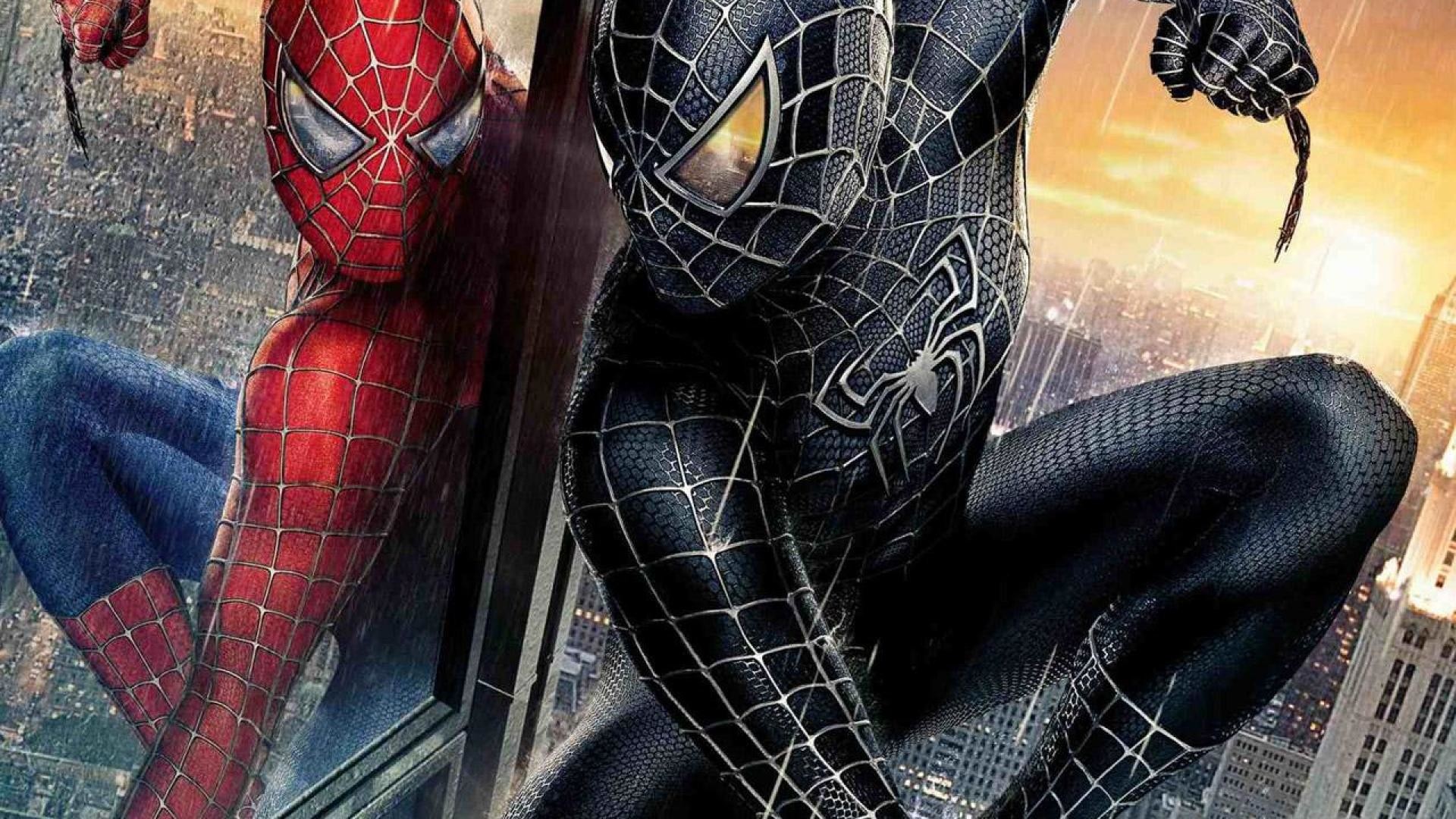 How to Integrate Your Shadow – The Dark Side is Unrealized Potential

Article by The Academy of Ideas

“Good does not become better by being exaggerated, but worse, and a small evil becomes a big one through being disregarded and repressed. The shadow is very much a part of human nature, and it is only at night that no shadows exist.”

Carl Jung stressed that an individual’s proper goal is wholeness, not perfection. The path to a greater character, to a more effectual approach to life, lies in integrating those elements of our psyche that for too long have been repressed and denied – the elements that make up what Jung called our unconscious shadow side. What is it that most people deny and repress into their shadow? All that is deemed bad or immoral by society, all that is frowned upon by our family or peers, all the traits that when initially expressed were ridiculed, shunned, or met with punishment.

But given that no moral code is perfect and no family or peer group is ideal, in adapting to the social world we not only repressed destructive elements of our personality such as our unbridled sexuality, anger and untamed animal impulses, but we also repressed positive and life promoting characteristics. Perhaps our assertiveness was frowned upon, our early attempts at creativity ridiculed, or maybe our competitiveness or ambition was felt by those close to us to be a threat. As a result of repressing elements of our personality into our shadow we were made tame, obedient, predictable – perhaps likeable – but at the cost of our vitality and psychological wholeness. In this video, we are going to explore how to integrate our shadow, and analyze the connection between our shadow and greatness of self. For as Edward Whitmont wrote:

“The shadow, when it is realized, is the source of renewal…When there is an impasse, and sterile time in our lives, despite an adequate ego development – we must look to the dark, hitherto unacceptable side which has been at our conscious disposal.”

To begin, we must examine how our “dark, hitherto, unacceptable side” can be a key to unlock our potential. For doesn’t conventional wisdom warn us that our dark side consists of a wickedness we need to overcome? But the connection between the integration of our shadow and the development of a greater character becomes clear when we understand Jung’s assertion that the integration of the shadow leads to self-reliance.

“…this integration [of the shadow]…leads to disobedience and disgust, but also to self-reliance, without which individuation is unthinkable.”

In becoming aware of the shadow, first as an intellectual concept, and then via introspection and reflection we seek to discover what our own personal shadow consists of, we awaken to a moral conflict, to the troubling idea that a portion of our personality is at odds with contemporary morality and with what our family, peers, and society judge as good and evil. In the attempt to protect our personality, this recognition can motivate us to take a stance with Nietzsche “beyond good and evil”, and to examine the morality we have been socialized into. In undergoing such an examination, we are likely to discover how much hypocrisy, complacency, and fear underlies many of the moral injunctions we obey, and furthermore, that ridicule and moral condemnation are often driven by envy. In response to this realization, we may feel the need to behave in ways less in line with the dominant moral code of our day, ways considered “evil” by social morality. It is not that we want to become “evil”  in the sense of turning criminal or committing heinous acts against our fellow man, but “evil” in the sense of detaching ourselves from what we see as the flaws our moral code so we can reconnect with the parts of our personality  we lost in our shadow long ago. As Erich Neumann, a student of Jung’s, explained:

“The psychological analysis of any normal development will make it clear that, if he is to grow up, it is not merely unavoidable but actually essential that the individual should do and assimilate a certain amount of evil, and that he should be able to overcome the conflicts involved in this process. The achievement of independence involves the capacity of the ego not only to adopt the values of the collective but also to secure the fulfillment of those needs of the individual which run counter to collective values – and this entails doing evil.”

Most people are horrified at the thought of questioning, or heaven forbid, breaking the moral code they were socialized into. They believe the value judgments good and evil imposed on them by their schooling, parents, peers, and society, are written into the fabric of reality itself. They do not understand that a morality, like a society, can be sick and in need of overcoming. And so, for the common man and woman the existence of the shadow poses too great a threat to their fragile self-image, a self-image that was constructed over years of adjusting to who they thought others expected and wanted them to be. But in never mustering up the courage to confront the elements of one’s shadow it does not go away. Rather, it puts one in the unfortunate position of susceptibility to possession by its destructive side, to following in the tragic footsteps of Dr. Jekyll and Mr. Hyde. For in public, most people are conscientious, moral, and moderate. But behind closed doors and in the comfort of hearth and home, their shadow at times turns them into marionettes – unconscious victims of addictions, strange compulsions, fits of irrational anger, and myriad of other, self-destructive behaviors.

“Man has to realize that he possesses a shadow which is the dark side of his own personality…if only for the reason that he is so often overwhelmed by it.”

Or as Carl Jung warned:

As denying our shadow only renders us prone to possession by its destructive side, integrating our shadow into our conscious personality is crucial for our well-being. To gain some insight regarding how to do this, we are going to focus on the integration of one shadow characteristic many of us desperately need to integrate: that being, our aggression. In modern society, the word aggression typically stimulates thoughts of violence and destruction. In other words, we focus only on one side of the aggressive coin. For there is a healthy form of aggression that is imperative not only to our psychological health, but our survival. This form of aggression fuels our sense of self-ownership, emboldens us in the face of fear, and ignites the drive to explore and master the world outside us and within.

“Aggression is not necessarily destructive at all.” wrote the psychoanalyst Clara Thompson. “It springs from an innate tendency to grow and master life which seems to be characteristic of all living matter. Only when this life force is obstructed in its development do ingredients of anger, rage, or hate become connected with it.

Unfortunately, for many of us the life force of aggression was obstructed throughout our development. Our displays of aggression, whether constructive or otherwise, were not met with encouragement or understanding, but frowns, punishment, and even violence. And so, to adapt to our environment and minimize conflict, we learned to repress our aggression into our shadow side, and thereafter became susceptible to anger, rage, and hate. Based on decades of experience with patients, the psychotherapist Alexander Lowen observed that:

“Many individuals have an unconscious murderous rage which they feel they must keep buried out of fear of its destructive potential…Such rage is like an unexploded bomb which one dares not touch.”

If we have repressed our aggression into our shadow, how can we integrate it in a way that alleviates our anger and propels us towards wholeness and greatness of character? The following passage provides some pertinent warnings and clues:

“There is no generally effective technique for assimilating the shadow. It is more like diplomacy or statesmanship and it is always an individual matter. First one has to accept and take seriously the existence of the shadow. Second, one has to become aware of its qualities and intentions. This happens through conscientious attention to moods, fantasies and impulses. Third, a long process of negotiation is unavoidable.”

After we take seriously the existence of the shadow, we next need to pay close attention to our moods and fantasies. Do we experience a simmering anger for no apparent reason? Maybe we have recurring fantasies born of resentment, bitterness, self-hate – the desire for destruction or revenge? In either case, it is likely we have not adequately integrated our aggression into our conscious personality. To initiate this integration process, we can seek safe, controlled, and productive outlets within which we start acting with more aggression. The most obvious outlet is to find a competitive sport, martial art, or exercise regime whereby we can begin to reconnect to our aggressive instincts. But we can also, for example, work on becoming more assertive in our behavior, more decisive in our choices, more declarative and protective of our personal boundaries, or more inclined to stand our ground when tested by our co-workers, family, or peers. As Jung explained:

“…this integration [of the shadow] cannot take place and be put to a useful purpose unless one can admit the tendencies bound up with the shadow and allow them some measure of realization – tempered, of course, with the necessary criticism.”

As we undergo this process, we need to be careful not to overcompensate in our behavior.

“Of all evil I deem you capable:” wrote Nietzsche. “Therefore I want the good from you. Verily, I have often laughed at the weaklings who thought themselves good because they had no claws.”

For the goal in integrating our aggression is not to become a bad person, but to get in touch with the repressed energies and potentials needed to sculpt a great and powerful character. We want to become capable of acting with force, not to be forceful; potentially dangerous, not a violent criminal; able to stand up for ourselves and what we believe in, not vicious and mean.

If we can extrapolate the integration method just outlined, and use it to integrate other shadow characteristics – perhaps those tied to our sexuality, our creativity, our ambition or desire for power – we will start to notice our personality transform in a myriad of dramatic ways. We will become more grounded, more secure in our skin, more independent in our moral judgments, more courageous and self-reliant. In short, in integrating our shadow we will move towards the ideal of psychological wholeness and this is the ideal that produces the greatness of character that is sorely missing in this modern world.

“The acceptance of the shadow involves a growth in depth into the ground of one’s own being…a new depth and rootedness and stability is born.”