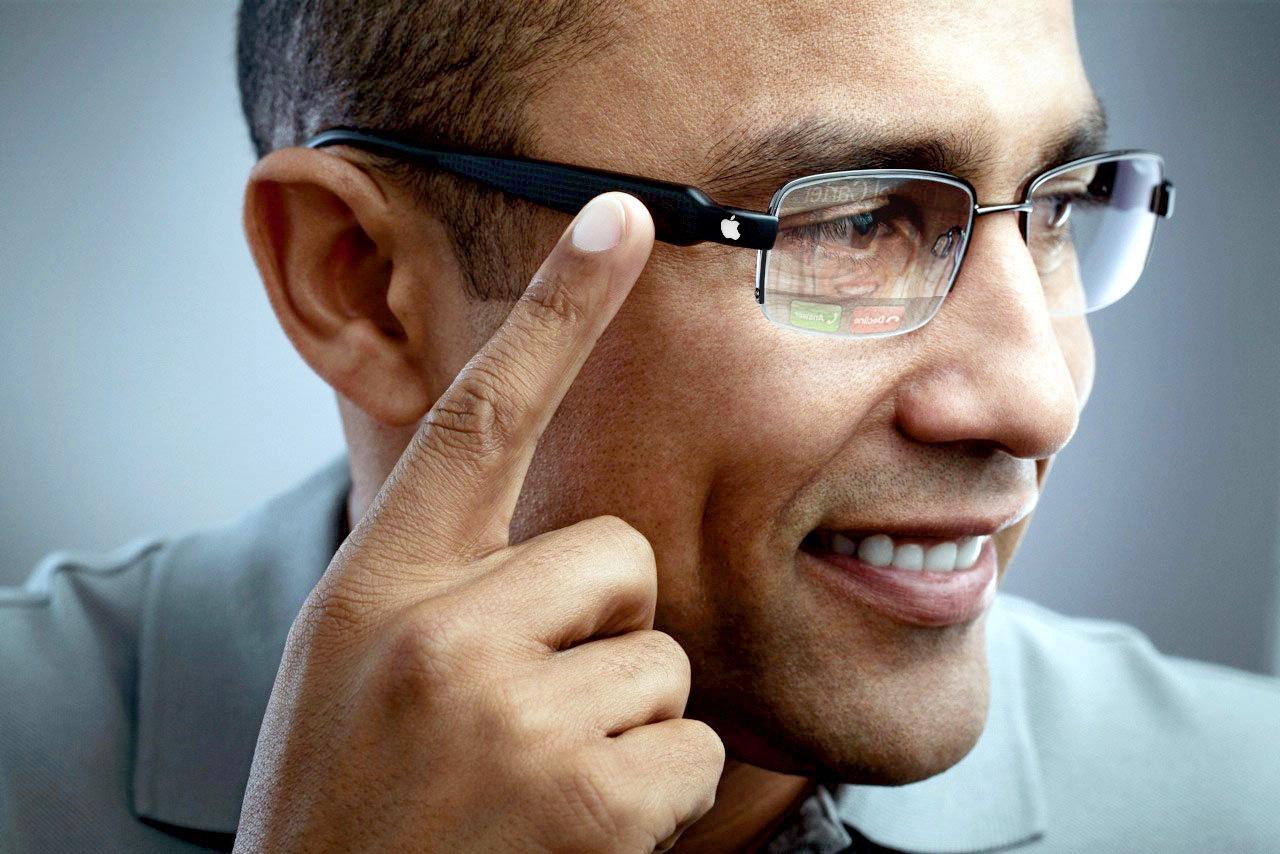 Thanks to Tim Cook’s remarks about the wrist on Tuesday, anticipation for a so-called iWatch reached a fever pitch this week.

Since Apple is clearly paying attention to wearable tech, I thought it would be interesting to see how Apple would approach a different opportunity: connected glasses. I’m not saying Apple will actually produce any in the near term – we’re far more likely to see that watch first – but let’s speculate on how Apple would compete with Google Glass.

Google is an engineering-led company; it tosses a lot of products out in the market, listens to feedback, and modifies the products over time (or abandons them as failures, as often the case has been). Google Glass followed this formula by debuting as a very raw offering, earning it a pretty bad reputation before it was truly ready for prime time. Glass users are derogatively referred to as “Glassholes” which is hardly a term of endearment, or one that suggests high status. That’s a reputation that may keep all but the geekiest customers from buying the final version.

Google’s ultimate goal as a company is to categorize information and serve up ads. Glass is designed to do both, while also doing some things users think is interesting, like allowing them to read and respond vocally to email hands-free through the projected display. Google isn’t very focused on security, which is why Glass has already been hacked, and why many companies have apparently already issued policies banning them for employees. Not surprisingly, the idea of a camera on an employee’s head that can live stream whatever that employee sees upsets some security folks.

While Google’s release-and-refine process gets product into customers’ hands quickly, selling such a crude product also subjects it to a lot of scrutiny at a vulnerable phase.

Apple’s approach as a company is very different. Its team won’t let a product out before designers believe it is ready. This allows them to craft the best first impression possible, right out of the gate. When the product arrives, it’s polished, and more exclusive.

Apple’s insistence on tightly controlling its products naturally makes them more secure, and the company takes potential security concerns more seriously. Apple would be less likely to put a camera on its glasses, or would at least provide visual notification for when the camera was operating. Otherwise, Apple would have to ban its product from its own campus.

[blockquote who=”” cite=””]For Apple, the success of Android is a cautionary tale that shows Google can sometimes get things right enough.[/blockquote]

Apple seldom makes the first product, it just waits until it can do the first good product. With MP3 players, a variety of vendors beat Apple to the market, but by studying these competitors, Apple engineers perfected the iPod, which took the market by storm. The iPhone was far from the first smartphone, or even the first to rely entirely on a touchscreen – the LG Prada was almost identical in hardware. Apple just made massive improvements to the user experience, and – yet again – the iPhone took that market by storm. Apple’s first tablet came tablet came almost a decade behind Microsoft’s, because it took that long to develop the core technology that made the thin, light, and relatively inexpensive iPad work. And it took the market by storm.

This suggests that iGlass is likely years off, but when it arrives, it will be better looking and backed by stronger services and experiences than Google’s offering, which is very likely to have died off in the meantime.

Doing it fast vs. Doing it right

This assessment doesn’t mean that Google can’t still lock up the market. The company has generally proven highly capable with Web services, and there is an inherent advantage to being first. If it can survive the painful birthing process, Google could own the market far before Apple is ready to enter. For Apple, the success of Android is a cautionary tale that shows Google can sometimes get things right enough.

Apple glasses would likely be far more elegant and far less risky, but I’m starting to wonder if Tim Cook’s Apple can execute at that level any more. Steve Jobs’ Apple proved it could build a better product late in the game, but the jury is still out on whether that can still happen today. The Apple smartwatch expected later this year will very likely give us an answer. Until then, watch out for all those damn Glassholes! Who knows what those cameras are catching, and who is watching them. I suggest you be on your best behavior.
Original Story on Digital Trends:

If we were as smart as kids

Technology, Media and Telecoms By Christopher Williams
Scroll to top

This site uses cookies. By continuing to browse the site, you are agreeing to our use of cookies.

We may request cookies to be set on your device. We use cookies to let us know when you visit our websites, how you interact with us, to enrich your user experience, and to customize your relationship with our website.

Click on the different category headings to find out more. You can also change some of your preferences. Note that blocking some types of cookies may impact your experience on our websites and the services we are able to offer.

These cookies are strictly necessary to provide you with services available through our website and to use some of its features.

Because these cookies are strictly necessary to deliver the website, refusing them will have impact how our site functions. You always can block or delete cookies by changing your browser settings and force blocking all cookies on this website. But this will always prompt you to accept/refuse cookies when revisiting our site.

We fully respect if you want to refuse cookies but to avoid asking you again and again kindly allow us to store a cookie for that. You are free to opt out any time or opt in for other cookies to get a better experience. If you refuse cookies we will remove all set cookies in our domain.

We provide you with a list of stored cookies on your computer in our domain so you can check what we stored. Due to security reasons we are not able to show or modify cookies from other domains. You can check these in your browser security settings.

We also use different external services like Google Webfonts, Google Maps, and external Video providers. Since these providers may collect personal data like your IP address we allow you to block them here. Please be aware that this might heavily reduce the functionality and appearance of our site. Changes will take effect once you reload the page.